The Arraignment: Your First Appearance Before The Judge

The Arraignment: Your First Appearance Before The Judge 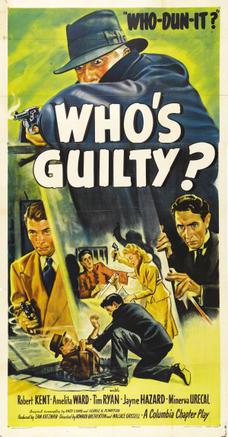 What Plea Do I Enter?

You may choose to enter any of these pleas at your arraignment:

It is of vital importance that you consult with an attorney prior to entering a plea.  Hiring counsel will also have the benefit of taking care of the arraignment process.  In most courts, an attorney is permitted to file papers with the court announcing his representation of the defendant, thereby vacating the need for a formal in-court arraignment.  Consequently, you don’t have to go.

Ask your DUI attorney if your attendance at the arraignment will be required.  If you do attend, the arraignment will be a very quick process wherein your attorney leads you to a podium, waives reading of the charge and enters a not guilty plea on your behalf.  In addition, matters of bond may, or may not be addressed at an arraignment.  It is not common for your defense attorney to see the prosecutor who will handle your case. In addition, it is not common to reach a resolution at the arraignment.  Usually, issues of discovery and plea negotiations will take place later at the pre-trial hearing.

Some people have preconceived notions about the arraignment.  For instance, some clients believe that it will be held against them if they do not attend the hearing.  I have never heard of this being the case.  If the court wishes for the defendant to attend, it will become part of the court rules.  Other clients think that the press will be present.  This is usually not the case and your attorney will be able to tell you if such press coverage could be expected.  Still other clients think that the judge will be rude, harsh or judgmental from the bench during the arraignment.  Again, this will rarely if ever happen.

OVI Attorney Charles M. Rowland II dedicates his practice to defending the accused drunk driver in the Miami Valley and throughout Ohio.  He has the credentials and the experience to win your case and has made himself Dayton’s choice for drunk driving defense. Contact Charles Rowland by phone at (937) 318-1384 or toll-free at 1-888-ROWLAND (888-769-5263). If you need assistance after hours, call the 24/7 DUI Hotline at (937) 776-2671.  You can have DaytonDUI at your fingertips. Download the DaytonDUI Android App or have DaytonDUI sent directly to your mobile device by texting DaytonDUI (one word) to 50500.  Follow DaytonDUI on Facebook, @DaytonDUI on Twitter, YouTube, Tumblr, Pheed and Pintrest or get RSS of the Ohio DUI blog.  You can emailCharlesRowland@DaytonDUI.com or visit his office at 2190 Gateway Dr., Fairborn, Ohio 45324.  “All I do is DUI defense.”

Find information about the arraignment process and city-specific info at the following links: