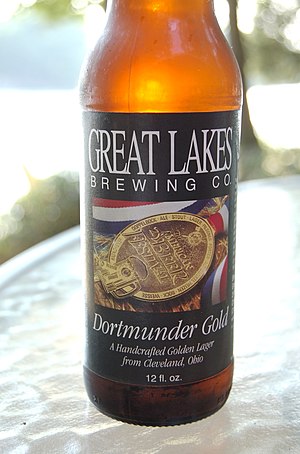 Rick Armon at the Beer Blog has compiled a list of Ohio’s beer festivals.  Some such as the International Beer Fest in Cleveland and the Cincy Winter Beerfest in Cincinnati will draw thousands. Others such as the Frozen Falls Beer Festival in Garrettsville and the Celebration of the Hop in North Olmsted will attract hundreds.  You can find a continuously updated version of this list at the Beer Blog.  Have fun and enjoy a beer festival near you.

• Saturday: The Columbus Winter Beerfest at the Greater Columbus Convention Center. The event will feature more than 50 breweries and 250 beers.

• Jan. 28: The Montessori School of Dayton’s Brew Ha-Ha at the school in Kettering. The first-ever event will raise money for the school’s capital campaign.

• Feb. 4: The seventh annual AleFest Columbus at the Aladdin Shrine Center Ballroom. The event features more than 70 breweries and more than 180 craft beers.

• Feb. 4: Cincinnati Brew Ha-Ha! at the Cintas Center on the Xavier University campus. Comedian Greg Hahn headlines the winter version of this event, which combines comedy and 80 beers. Brew Ha-Ha! also is held in August at the Cincinnati riverfront.

• Feb. 10-11: The fifth annual Cincy Winter Beerfest at the Duke Energy Convention Center. It will feature more than 300 craft beers.

• March 2-4: The 20th annual Bockfest in Cincinnati’s Over-the-Rhine neighborhood. The event claims to be the oldest and largest bock festival in the United States.

• March 2: The Glass City Beer Fest at the Erie Street Market in Toledo.

• March 9: The fifth annual Art of Ale at the Akron Art Museum. The event is held in the glass-enclosed lobby and also features local food.

• April 21: The Big Tap In at the Covelli Centre in Youngstown. It claims to be the largest beer festival between Cleveland and Pittsburgh.

• May 11-12: The second annual International Beer Fest at the IX Center in Cleveland. The event features about 800 beers from more than 200 breweries, and includes a beer competition.

• June 22-30: The seventh annual Ohio Brew Week in Athens. The festival is a celebration of Ohio-made beer and includes educational events and tastings.

• Aug. 25: The 14th annual AleFest Dayton at Carillon Historical Park. It features about 300 beers from more than 100 breweries.

• Aug. 31-Sept. 3: The Cleveland Labor Day Oktoberfest at the Cuyahoga County Fairgrounds in Berea. The event bills itself as “Northeast Ohio’s Largest Annual Outdoor Festival” and includes a microbrew competition.

• Sept. 14-15: The Columbus Microbrew Festival at the North Market in Columbus. The event focuses on Columbus and Columbus-area breweries.

• Sept. 21-23: The 37th annual Oktoberfest-Zinzinnati USA in Cincinnati. The event celebrates the community’s German heritage and includes the world’s largest Chicken Dance. More than half a million people attend.

• Oct. 13: Big Beers & Barley Wines at the Montgomery County Fairgrounds in Dayton. As the name implies, the event focuses on higher alcohol beers.

• Oct. 27: Brewzilla at the Galleria at Erieview in Cleveland. The beer festival marks the end of Cleveland Beer Week.