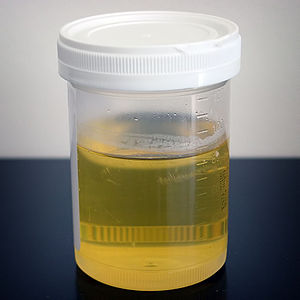 Under Ohio law, an OVI urine sample must be refrigerated while not in transit or under examination.  In State v. Schneider, 2013-Ohio-4789, the First District Court of Appeals was asked to define what “in transit” means.

At the suppression hearing, defense counsel argued that the state had failed to establish that the OVI urine sample had been refrigerated while it was not under examination or in transit as required by Ohio Adm.Code 3701-53-05(F). Defense counsel pointed to the evidence that the trooper had not refrigerated the specimen between its collection at 3:15 a.m., and its mailing at 10:00 p.m., a period of 18 hours and 45 minutes. Following a hearing, the trial court granted the motion to suppress the results of the alcohol analysis on Schneider’s urine specimen. The prosecutor appealed arguing that the trial court erred by suppressing the urine-test results.

Ohio Adm.Code 3701-53-05(F), provides: “While not in transit or under examination, all blood and urine specimens shall be refrigerated.” The regulation does not define “in transit” or set forth any time limitation for an OVI urine sample to be in transit, or to be unrefrigerated, for that matter. In general, Ohio courts agree that an OVI urine sample or blood specimen is “in transit” for purposes of Ohio Adm.Code 3701-53-05(F) for at least the time that it is placed in the mail until the time that it is received by the testing facility, even if the mailing process itself takes several days. For example, in State v. Hurst, 4th Dist. Washington No. 08CA43, 2009- Ohio-3127, the Fourth Appellate District rejected the appellant’s argument that the police should not have mailed an OVI urine sample on a Friday, thereby causing the OVI urine sample to go unrefrigerated until the crime lab received it the following Monday. See State v. Cook, 82 Ohio App.3d 619, 612 N.E.2d 1272 (12th Dist.1992) (OVI urine sample was “in transit” for the three-day period from the time it was mailed until the lab received it); State v. Cook, 5th Dist. Stark No. CA-8708, 1992 Ohio App. LEXIS 4022 (Aug. 3, 1992) (blood specimen was “in transit” for the three days it was in the mail). In one instance, a court held that the state had substantially complied with the regulation where an OVI urine sample was unrefrigerated for the seven and one-half days that it was in the mail. See State v. Partin, 12th Dist. Warren No. CA2010-04-040, 2011-Ohio-794. In another case, State v. Mullins, 4th Dist. Ross No. 12CA3350, 2013-Ohio-2688, the state limited itself to a narrow definition of the term when it stipulated that the defendant’s urine sample “was not placed in the mail (transit)” until 12 hours had passed from the time that the sample had been taken.

In State v. Plummer, 22 Ohio St.3d 292, 294, 490 N.E.2d 902 (1986), the Ohio Supreme Court recognized that strict compliance with DOH regulations “is not always realistically or humanly possible.” The court said that “there is leeway for substantial, though not literal, compliance with such regulations.” Id. The court later limited the Plummer substantial-compliance standard to excusing errors that are “clearly de minimis,” or that are “minor procedural deviations.” See Burnside at ¶ 34.  In this case, the trial court determined that Schneider’s OVI urine sample “was not in transit as long as the officer is holding it.”

The First District reversed holding that Ohio Adm.Code 3701-53-05(F) contains no such limiting language. Nor does the regulation limit the term “in transit” to mean “in the mail.” They stated, in pertinent part,

We do not believe that the term “in transit” as used in Ohio Adm.Code 3701- 53-05(F) is so narrow as to include only the time that a blood or urine specimen is in the mail. Certainly the regulation contemplates other modes of transportation, as well as reasonable periods of time that a specimen is unrefrigerated. To read the term “in transit” to mean “in the mail” would not have allowed for the trooper to transport the unrefrigerated specimen from the Cincinnati district to his patrol post, or even from his post to the post office. Moreover, it is undisputed that a specimen is generally not refrigerated while in the mail; thus, the delay in mailing Schneider’s specimen was inconsequential, and a minor deviation from the requirements of the regulation.  Therefore, we hold that the trial court erred by finding that the state did not demonstrate substantial compliance with Ohio Adm.Code 3701-53-05(F). Moreover, because the trial court determined that Schneider had suffered no prejudice as a result of the lack of strict compliance, we hold that the trial court erred by suppressing the results of the urine-alcohol testing.

It would appear that, without a showing of prejudice, the police will be given no restrictions under the Ohio Administrative Code.  Like in other OVI cases, the language of the statute is not strictly construed against the state, but read in an expansive way to allow more convictions under the law.

Find information on OVI urine sample and scientific evidence on this blog, or check these city-specific sites at the following links: