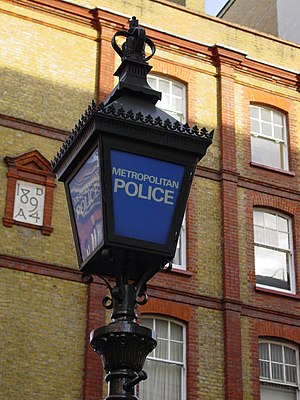 State v. Kitzler, 2011-Ohio-5444 (3rd District Court of Appeals, Wyandot County). This odd decision involves the Intoxilyzer 8000 breath test machine and a test result which did not satisfy the .020 agreement.

FACTS: Defendant was stopped for not dimming his headlights and for marked lane violations.  He was asked to perform the standardized field sobriety tests and subsequently arrested for OVI.  At the police station he provided two breath samples (as is required on the Intoxilyzer 8000) and the machine reported the result as “Invalid.”  The tests did not meet the .020 agreement.  Defendant was allowed to use the restroom and consume some water.  Later, the officer asked the defendant to blow into the BAC DataMaster breath test machine which registered a result of .239.  The test was administered 14 minutes and 38 seconds after taking a drink of water, thereby bringing into question the propriety of the required twenty minute observation rule and breaking the rule against ingestion during the twenty minute observation period. The Ohio Department of Health test instructions impose a specific
requirement that the subject be observed for 20 minutes before the test to insure that there is no oral intake of any material.

John Kucmanic testified as an expert for the prosecution at the motion to suppress.  He testified that the water would have NO EFFECT on the breath result from the BAC DataMaster.  He then went further to testify that the Intoxilyzer 8000 test was not invalid because it was within the .020 agreement with the test given on the BAC DataMaster.  Despite the obvious problems with both tests, the trial court overruled the motion as to BOTH machines.  At the resulting trial, a jury found the defendant guilty of OVI and he was sentenced to 5 years in prison.

HOLDING:The Third District Court of Appeals upheld the decision of the trial court.  Writing about the ingestion of materials during the twenty minute observation the court held, “Sinc the State did present evidence that the ingestion of the water did not affect the test results, Kitzler was not prejudiced by the failure of the State to strictly comply with the testing procedures.”  With regard to the “Invalid” reading from the Intoxilyzer 8000, the court held that the “trial court could reasonably conclude that the readings were valid even though they fell outside of the deviation range. Thus, the trial court did not abuse its discretion by denying the motion to suppress the test results from the Intoxilyzer 8000.”

DUI attorney Charles M. Rowland II dedicates his practice to defending the accused drunk driver in Fairborn, Dayton, Springfield, Kettering, Vandalia, Xenia, Miamisburg, Huber Heights, Beavercreek, Centerville and throughout Ohio.  He has the credentials and the experience to win your case and has made himself the Miami Valley’s choice for DUI defense.  Contact Charles Rowland by phone at 937-318-1DUI (937-318-1384), 937-879-9542, or toll-free at 1-888-ROWLAND (888-769-5263).  For after-hours help contact our 24/7 DUI HOTLINE at 937-776-2671.  For information about Dayton DUI sent directly to your mobile device, text DaytonDUI (one word) to 50500.  Follow DaytonDUI on Twitter @DaytonDUI or Get Twitter updates via SMS by texting DaytonDUI to 40404. DaytonDUI is also available on Facebook, www.facebook.com/daytondui and on the DaytonDUI channel on YouTube.  You can also email Charles Rowland at: CharlesRowland@DaytonDUI.com or write to us at 2190 Gateway Dr., Fairborn, Ohio 45324.