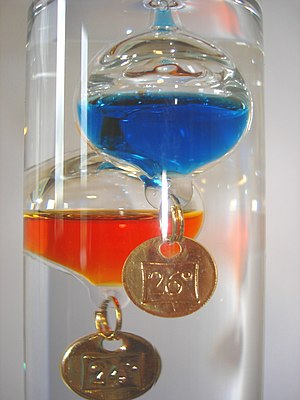 Took the Breath Test and wondering if you still have a case?

At a constant temperature, the amount of a given gas that dissolves in a given type and volume of liquid is directly proportional to the partial pressure of that gas in equilibrium with that liquid.

In evidential breath testing, Henry’s Law allows the machine to assume it can measure the alcohol (ethanol)  in your breath as a ratio to the ethanol in your blood.  That is why the machine requires you to blow for a long time, so that the machine can  “guess” that it is measuring the air closest to your blood which is found deep in your lungs alveolar sacs.  (See also,  my article entitled The Long Blow Breath Test Defense).

The operation of Henry’s law is also vital to the proper calibration of the machine as the influence of temperature on the operation of the scientific principle of  Henry’s Law is well documented.  So an incorrect assumption about the core body temperature can have a dramatic effect on an evidential breath test. 34 Degrees Celcius is the accepted temperature used for breath testing purposes.  How did we settle on 34 degrees?  In 1950, Drager, the pioneering breathalyzer company, adopted 34 degrees which was universally accepted as the standard.  The only problem with this was that Drager only tested 6 people in their study which formed the basis of this standard.  Later studies tell us this is wrong. (See Schoknect, 1995 adopting 35 degrees as a standard using a subject pool of 700 people and Hlastala 1998).

We also know that temperature variations can occur amongst individuals during the course of the day, from one person to another, and can be dramatically affected by illness, exertion or trauma.  Women also have a temperature variation of about 1°C with the menstrual cycle.  Tell your attorney anything that may have affected your core temperature at or near the time of arrest.  Were you sweating profusely?  Were you suffering from a fever?  Were you sitting in front of a heater on full blast?  Did you run or have your heart race?

Dayton/Springfield  DUI attorney Charles M. Rowland II dedicates his practice to defending the accused drunk driver.  He has the credentials and the experience to win your case and has made himself the Miami Valley’s  choice for DUI defense.  Contact Charles Rowland by phone at 937-318-1DUI (937-318-1384), 937-879-9542, or toll-free at 1-888-ROWLAND (888-769-5263) or visit www.DaytonDUI.com.  For after-hours help contact our 24/7 DUI HOTLINE at 937-776-2671.  For information about Dayton DUI sent directly to your mobile device, text DaytonDUI (one word) to 50500.  Follow DaytonDUI on Twitter @DaytonDUI or Get Twitter updates via SMS by texting DaytonDUI to 40404. DaytonDUI is also available on Facebook, www.facebook.com/daytondui.  You can also email Charles Rowland at: CharlesRowland@DaytonDUI.com or write to us at 2190 Gateway Dr., Fairborn, Ohio 45324.