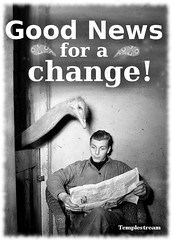 Drunken-driving deaths fell to a record low last year, according to data released by the U.S. Department of Transportation’s National Highway Traffic Safety Administration (NHTSA). Fatalities in crashes involving drunken drivers declined 2.5 percent to 9,878 from the previous year and are down 53 percent since first measured in 1982.

“This new data is encouraging, especially as we approach the holiday season when it is so important that we promote responsible drinking,” Beer Institute President Joe McClain said in a prepared statement. “We recognize that even with these record lows, more work remains to be done. Brewers and beer importers are committed to continuing our work with lawmakers, law enforcement, community groups and others to promote legal, responsible drinking as a means to reduce drunk driving.”

“The latest numbers show how the tireless work of our safety agencies and partners, coupled with significant advances in technology and continued public education, can really make a difference on our roadways,” U.S. Transportation Secretary Ray LaHood said in a prepared statement. “As we look to the future, it will be more important than ever to build on this progress by continuing to tackle head-on issues like seat belt use, drunk driving, and driver distraction.”

For more details on the NHTSA data, click here. For information on the Beer Institute’s initiatives, click here.