Due Process and the Administrative License Suspension

Due Process and the Administrative License Suspension 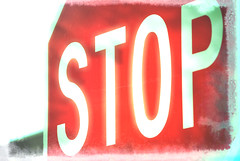 How can it be constitutional for the State to take my license immediately via the Administrative License Suspension?

Ohio believes that driving is not a right, but a privilege. See 4511.191  If you are stopped for an OVI, DUI or drunk driving and you refuse to take a chemical test (breath, blood or urine), or if your test results exceed the legal limit of Blood Alcohol Concentration (BAC), the police officer can and will take your driver’s license on the spot causing your drivers license to be suspended immediately.  This pre-conviction suspension is called the ADMINISTRATIVE LICENSE SUSPENSION. The Administrative license suspension is a suspension imposed by the Ohio Bureau of Motor Vehicles and not a suspension imposed by the court.  A court may not grant driving privileges for a certain period of time following the imposition of an Administrative License Suspension O.R.C. 4510.13(A).  By making the license suspension an administrative action rather than a criminal punishment, the Courts have carved out a legal zone whereby you can remain “innocent until proven guilty in a court of law” but yet receive a punishment prior to a finding of guilt.  The statutes governing the Administrative License Suspension are set forth at O.R.C. 4511.191 (establishing the implied consent law); 4511.192 (setting forth the arresting officer’s duties); and, 4511.197 (setting forth the provisions for appeal of the suspension and limited driving privileges).

The Ohio Supreme Court concluded that the governmental interests outweighed the interests of the individual. Specifically, the Court relied on the provision for a five-day appeal hearing and the trial court’s inherent ability to stay the license suspension were adequate safeguards, thereby concluding that the risk of erroneous deprivation was low.  The failure of a court to conduct an Administrative License Suspension hearing within five (5) days warrants a termination of the ALS because the failure to hold the hearing is a violation of due process. State v. Gibson, 144 Ohio Misc. 2d 18, 2007-Ohio-6069, 877 N.E.2d 1053 (Municipal court decision).

But what of other Constitutional challenges?  This author has always maintained that the right to travel freely is a right enumerated in the Constitution.  Today, the automobile and the use of public roads is the presumed method of exercising that right.  Thus, an argument exists that the Constitution contains a “right” to drive.  According to the Supreme Court, enumerated rights that are incorporated are so fundamental that any law restricting such a right must both serve a compelling state purpose and be narrowly tailored to that compelling purpose.  Is the time right to make that argument?

Find information on the Administrative License Suspension on this blog, or check these city-specific sites at the following links: