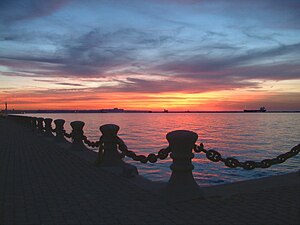 On July 11, Ohio signed HB 29 the “Boater Freedom Act.”  House Bill 29 specifies that the state’s law enforcement personnel may only stop a vessel if they have reasonable suspicion that the vessel or vessel’s operator are in violation of marine law or otherwise engaged in criminal activity. Currently, a boater on Lake Erie may be stopped by a state watercraft officer, local marine patrol, or the U.S. Coast Guard to conduct a safety check, sometimes multiple times in one day.

Boaters in the Western Basin of Lake Erie have been complaining of the constant safety inspections by the Ohio Division of Watercraft.  Arbitrarily boarding boats has affected tourism and fishing. Representative Rex Damschroder from Fremont, Ohio states, “If they see someone violating the law, go after them. But don’t harass boaters.” “Ohio boaters are often subjected to random stops and searches by law enforcement, which my constituents have expressed is an intrusive and time-consuming burden,” said Rep. Damschroder. “House Bill 29 is a common-sense approach because it eliminates these intrusive searches and will reduce the numerous searches that boaters are subjected to without probable cause of suspicion.”  House Bill 29 only directs the activities of state and local law enforcement agencies; it does not change the policies, procedures or other activities of the U.S. Coast Guard, Border Patrol, Department of Homeland Security or other federal agencies.

Penalties for Boating Under the Influence offenses are set forth at O.R.C. 1547.99 and are similar to those provided for DUI/OVI offenses.  Boating Under the Influence is a first degree misdemeanor and is subject to a minimum 3-day jail sentence and a maximum 6 months in jail.  The 3-day jail sentence can be served in a qualified driver intervention program.  The minimum mandatory fine for a first BUI offense is $150.  A second offense within 6 years carries a mandatory 10 day jail sentence, but the minimum mandatory fine is still $150.  A third offense requires a minimum of 30 days in jail. NOTE: The Ohio legislature is constantly “tweaking” the Ohio DUI and BUI laws, so please check with an attorney as these laws may have changed.