ODH and the Disappearing Intoxilyzer 8000 Records 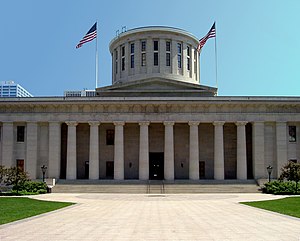 One of the proposed benefits of the adoption of the Intoxilyzer 8000 was to be the consolidation of breath test records in one place.  Previously, breath test records were maintained by the individual police departments.  Implementation and maintenance of the Intoxilyzer 8000 is the responsibility of the Ohio Department of Health and specifically the ODH’s Bureau of Alcohol and Drug Testing.  The Ohio Department of Health has started a web site containing all information about breath tests in the state, called the Breath Instrument Data Center. [HERE]  Records were to be available on-line and subject to review as public records making the entire process of reviewing a case easier.

Problems and allegations of wrongdoing surfaced almost immediately.  When the new machines gave some impossible results (10.00 and 23.00), the records disappeared.  Why?  If defense attorneys could point to outrageous results, the entirety of the breath testing scheme could be brought into question.  No adequate reason for the disappearance of these records has yet been given.  Later the ODH changed what records were accessible to the public. Why?  The Intoxilzyer 8000 was recording an unusually high number of “sample attempts” on tests.  Some of the tests said that over 20 “sample attempts” were made for one subject test.  This anomaly could be used by defense attorneys to show problems with the machine.  Instead of investigating the problem, the ODH decided to hide the report.  Similar problems were presented when ODH called the subject samples “tests.”  Why is this a problem?  If it is a “subject test” then the tests are out of bounds according to the rules written by the Ohio Department of Health.  Again, ODH took the most expedient route by changing the words “subject test” to “subject sample.”

The activity of the Ohio Department of Health, suspect from the beginning of this process, has descended to farce.  People, citizens of our great country, are being convicted of crimes that contain harsh mandatory penalties while the Department of Health arbitrarily changes the rules.  While ODH has not cited a legal basis upon which to premise these capricious changes, Ohio law does speak to the issue.  According to Ohio law records of breath tests “shall be retained for not less than three years.”  Deletion of these records, if they have been deleted forever, may also be a violation of O.R.C. 2921.12 (Tampering With Evidence) which says that no person shall “alter, destroy, conceal or remove any record or document, or thing with purpose to impair its value or availability as evidence in such a proceeding or investigation.”  Would any prosecutor fail to prosecute a criminal defense attorney who purposely deleted evidence of an OVI offense?  Enterprising defense attorneys may also have issues under the Brady discovery rules and Ohio Criminal Rule 16 discovery.  Such activity may also give rise to the affirmative defense of “outrageous governmental conduct.”  These problems will surely find themselves thrown into the laps of judges who must find a way to protect our Constitution from this bungle.  How this is sorted out may well turn into one of the most important judicial issues of our time.

DUI attorney Charles M. Rowland II dedicates his practice to defending the accused drunk driver in Fairborn, Dayton, Springfield, Kettering, Vandalia, Xenia, Miamisburg, Springboro, Huber Heights, Oakwood, Beavercreek, Centerville and throughout Ohio.  He has the credentials and the experience to win your case and has made himself the Miami Valley’s choice for DUI defense.  Contact Charles Rowland by phone at 937-318-1DUI (937-318-1384), 937-879-9542, or toll-free at 1-888-ROWLAND (888-769-5263).  For after-hours help contact our 24/7 DUI HOTLINE at 937-776-2671.  For information about Dayton DUI sent directly to your mobile device, text DaytonDUI (one word) to 50500.  Follow DaytonDUI on Twitter @DaytonDUI or Get Twitter updates via SMS by texting DaytonDUI to40404. DaytonDUI is also available on Facebook and on the DaytonDUI channel on YouTube.  You can also email Charles Rowland at: CharlesRowland@DaytonDUI.com or write to us at 2190 Gateway Dr., Fairborn, Ohio 45324.  Charles M. Rowland II is working hard to be your trusted source for DUI information in the Miami Valley. “All I do is DUI Defense.”