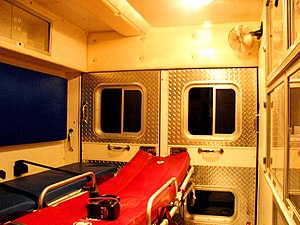 If your DUI case involves an automobile accident, you may be taken to the hospital.  In this setting it is likely that an investigating officer will request a sample of your blood.  Frequently, the issue of consent will be raised.  Your Ohio DUI lawyer can challenge the validity of the consent and whether or not the consent was made knowingly and voluntarily.  These issues were recently addressed in State v. Rawnsley, 2011-Ohio-5696.

On April 24, 2010, Defendant Ann Rawnsley was involved in a two-car accident which resulted in sufficient injuries that she was removed to Miami Valley Hospital by ambulance.  Injuries to the other driver were so serious that Rawnsley was charged with aggravated vehicular assault.  An officer followed her to the hospital to continue the investigation that began at the scene.  The officer had gathered sufficient evidence to believe that Ms. Rawnsley may be driving while impaired by alcohol.  Without consent, a blood draw requires probable cause and either a warrant, or exigent circumstances justifying a search without a warrant.  Thus, if the defendant were under arrest, the consent for a chemical test of their blood breath or urine is presumed.  The “implied consent” statute specifies that: “Any person who operates a vehicle * * * within this state * * * shall be deemed to have given consent to a chemical test or tests of the person’s whole blood, * * * breath, or urine to determine the alcohol * * * content * * * if arrested for a violation of division (A) or (B) of R.C. 4511.19.” R.C. 4511.191 (emphasis added). If Rawnsley had been arrested, it would not  be necessary to engage in a Fourth Amendment consent-to-search analysis – she would have been deemed to have consented, and would have had no constitutional right to refuse.  Here, however, the evidence adduced at the motion to suppress demonstrated that the police officer never placed Rawnsley under arrest.  Instead, the officer was following departmental policy not to arrest a person who is being admitted to the hospital.

At the hospital, a police officer read to the defendant an Ohio BMV form that informed the defendant of the consequences of consenting to a blood test and refusing a blood test.  “The provision for an immediate suspension of a driver’s license upon refusal to submit to a chemical test is contained in R.C. 4511.191(B)(1). This provision, like the implied consent, itself, is expressly predicated upon the fact that the person who is subject to the suspension has been arrested for Operating a Vehicle while Under the Influence. There is no provision for an automatic suspension-upon-refusal for a person, like Rawnsley, who has not beenarrested for OVI.” Id. at p. 19.  When the officer told Rawnsley that she would be “subject to an immediate, automatic driver’s license suspension if she did not consent to the blood draw, that was not true. Because Rawnsley was misadvised by the police officer that there would be a serious adverse consequence if she decided not to waive her Fourth Amendment right (not to be subjected to a warrantless search) and consent to the blood draw, her consent and concomitant waiver was not knowing and intelligent. See State v. Rice (1998), 129 Ohio App.3d 91.

In Schmerber v. California (1966), 384 U.S. 757, 86 S.Ct. 1826, 16 L.Ed.2d 908, the Supreme Court of the United States held that the taking of a blood specimen for the purpose of testing it for blood alcohol concentration is permitted without a warrant if there is probable cause and if there are exigent circumstances.  Here, the officer “admitted [he] did not consider making any effort to obtain a warrant.” Rawnsley. at p. 25.  The Court ruled that the police in order to establish an exigent circumstance, had the obligation, particularly since the collision occurred not in the early morning hours but at approximately 10:55 p.m., to draft a probable cause affidavit and attempt to reach a judge, or to at least explain why this was not practical. If, after a good faith effort, such an attempt was unavailing, the court, without hesitation, would conclude that exigent circumstances existed. However, without such an attempt, or any explanation concerning why such an attempt was not practical, the court concluded that exigent circumstances did not exist.

DUI attorney Charles M. Rowland II dedicates his practice to defending the accused drunk driver in Dayton, Springfield, Kettering, Vandalia, Xenia,Miamisburg, Springboro, Huber Heights, Oakwood, Beavercreek, Centerville and throughout Ohio.  He has the credentials and the experience to win your case and has made himself the Miami Valley’s choice for DUI defense.  Contact Charles Rowland by phone at 937-318-1DUI (937-318-1384), 937-879-9542, or toll-free at 1-888-ROWLAND (888-769-5263).  For after-hours help contact our 24/7 DUI HOTLINE at 937-776-2671.  For information about Dayton DUI sent directly to your mobile device, text DaytonDUI (one word) to 50500.  Follow DaytonDUI on Twitter @DaytonDUI or Get Twitter updates via SMS by texting DaytonDUI to40404. DaytonDUI is also available on Facebook and on the DaytonDUI channel on YouTube.  You can also email Charles Rowland at:CharlesRowland@DaytonDUI.com or write to us at 2190 Gateway Dr., Fairborn, Ohio 45324.