Is This The End of Drunk Driving Arrests?

Is This The End of Drunk Driving Arrests? 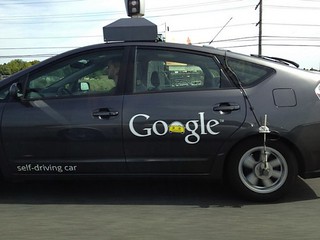 Will there still be drunk driving arrests in the future?  This is the question raised by Money Watch and CBS in the article about autonomous cars, “Will Your Car Be Driving Itself By 2020?”  According to the article,  “[i]t all sounds like science fiction: cars that drive themselves, navigate streets and avoid crashes. But last week Nissan said it would have such “autonomous cars” to sell by 2020. And General Motors chimed in that it may have a similar model by then.”  The government is not as convinced. “The car–no matter how automated–is not yet ready to be more than a co-pilot,” said National Highway Traffic Safety Administrator David Strickland in a statement.  There are also significant consumer issues.  “A recent Kelley Blue Book poll found 53 percent of respondents said they would never buy a self-driving car while only 18 percent said they would consider one now if it were available. Twenty percent said they might consider buying if the technology improved in five to 10 years.”

The implications of these changes could be enormous for attorneys.  If cars can be truly autonomous in the next ten to twenty years will that mean the end of personal injury attorneys? Will it spell the end of drunk driving arrests? It also raises practical concerns over MADD’s legislative agenda.  MADD has been working with major insurance companies and automobile manufacturers to get a passive alcohol system (called DADDS) as mandated equipment in every automobile in the world.  In 2008, at MADD’s urging, the Automotive Coalition for Traffic Safety entered into a $10 million agreement with the federal government to develop such a technology. This system would  search every driver (not just convicted DUI offenders) every single time they started their car.  This year, MADD’s power as one of the nation’s leading lobbying groups resulted in a provision in the Senate transportation bill to ““more widespread deployment of in-vehicle technology” that would prevent drunken driving.  The research will be carried out by the Driver Alcohol Detection System for Safety, a collaboration between NHTSA and the automobile industry.  It will be interesting to see if MADD is looking for a solution or more drunk driving arrests.

If you think the self-driving car is a pipe dream consider this: Nevada, Florida and California have passed laws allowing self-driving cars on their roads for testing with certain safeguards.  The 2014 Mercedes-Benz S class can brake and steer itself for a few seconds under certain conditions. Mercedes, BMW, Lexus and some other luxury brands have implemented automated cruise control that keeps your car a safe distance behind the one ahead and if the radar system senses an imminent crash, puts on the brakes.  The tech giant Google has also put resources behind developing the technology. Analysts believe Google, if successful, would try to sell the system to the auto industry rather than build cars itself.

Dayton DUI attorney Charles M. Rowland II dedicates his practice to defending the accused drunk driver in the Miami Valley and throughout Ohio.  He has the credentials and the experience to win your case and has made himself Dayton’s choice for drunk driving defense. Contact Charles Rowland by phone at (937) 318-1384 or toll-free at 1-888-ROWLAND (888-769-5263). If you need assistance after hours, call the 24/7 DUI Hotline at (937) 776-2671.  You can have DaytonDUI at your fingertips by downloading the DaytonDUI Android App or have DaytonDUI sent directly to your mobile device by texting DaytonDUI (one word) to 50500.  Follow DaytonDUI on Facebook, @DaytonDUI on Twitter, YouTube, Tumblr, Pheed and Pintrest or get RSS of the Ohio DUI blog.  You can email CharlesRowland@DaytonDUI.com or visit his office at 2190 Gateway Dr., Fairborn, Ohio 45324.  “All I do is DUI defense.”

Find information on drunk driving arrests and other city-specific info at the following links: