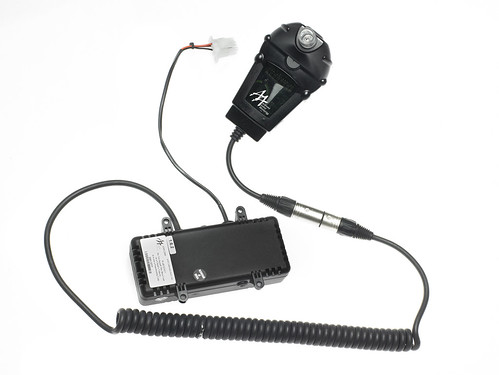 As Ohio is contemplating “Annie’s Law” which would require Ignition Interlock Devices for every first-time OVI offender, it is important to look at how implementation went in other states.  The National Highway Traffic Safety Administration recently released a report on Arizona’s adoption of the law. DOT HS 812 025, Ignition Interlock: An Investigation into Rural Arizona Judges’ Perceptions, Fred Cheesman, Matthew Kleiman, Cynthia G. Lee, and Kathryn Holt (May, 2014).   In 2007, Arizona became the second state in the nation to require all first-time drunk driving offenders to equip their vehicles with ignition interlock devices. The first was Arizona’s neighbor New Mexico, which implemented a one-year interlock requirement for first-time offenders in 2005.

First some context on the timing of the Arizona law.  What we find in this report is that the ignition interlock implementation was started in the middle of a downward trend.  “There is also a decreasing trend in the percent of these fatalities that were alcohol-related (BAC of .01 and higher). The trend is obvious from the first data point in 1982 to the last in 2010, when the percentage dropped from 58% to 42% respectively. The trend began well before the legislation was implemented in 2007.” Id. at 4-5.   A similar trend can also be noted for alcohol-impaired driving fatalities (i.e., fatalities wherein the driver had a BAC of .08 or higher), for which the percentage dropped from 52% in 1982 to 36% in 2010.  This provides a context for the claims of the interlock proponents who use these statistics in a deceptive way to show a causal relationship between implementation of the interlock law and the drop in fatalities. Id. at 4-5.

The report details how rural Arizona judges were given a lengthy “education” session about the law by interlock proponents prior to being asked their opinion of the law.  Despite intense indoctrination, some judges still had concerns.

“Many of the judges indicated that it is difficult for DUI offenders to have ignition interlock devices installed in their vehicles. Most of the rural jurisdictions do not have a vendor that services their locality. Instead, offenders are forced to drive 50 to 150 miles, each way, to providers who are in the nearest ‘large’ town or city. The judges pointed out that this is a challenge for many rural defendants who may have cars that are operationally unreliable. The end result is that some defendants are not obtaining the interlock device and are being arrested for driving with a suspended license.” Id. at 19-20.

Other judges expressed concern about the costs associated with a first offense.

Several judges expressed their concern that the monetary expense of the sanctions make it difficult for rural defendants to comply. “We are a very poor rural county and I think the requirement is good, but there are definitely financial and logistical barriers.” Id. at 21.

The judges even found a way to voice concerns over the requirement of treatment for rural and poor defendants.

Additionally, a few of the judges pointed out that rural communities do not have sufficient DUI counseling centers or programs. This makes it very difficult for DUI offenders to comply with their treatment requirements. The end result is that warrants can be issued for those who do not attend their review hearings (where an offender is required to provide proof of counseling) and additional, costly jail time may be imposed. Id. at 21.

It seems that many of the judges were skeptical of the efficacy of the law and its implementation even after they have been required to use “blow to go” devices for over  seven years.

Despite the availability of information and extant training opportunities, several of the judges pointed to information gaps where they would like additional information about ignition interlock programs. Specifically, judges were interested in knowing more about:

The authors also did an interesting look into whether or not the law is resulting in more drunk driving cases being reduced.  Not surprisingly, “[t]here is clearly a general trend of increasing charge reductions in most counties, including rural counties.” Id. at 24-25.  Although they offer this caveat: “[t]his trend began well before the implementation of the 2007 legislation and does not appear to be related to it.”  Which raises the question is the harshness of the law causing prosecutors and judges to realize the crushing burdens placed on first time offenders.  In the conclusion section of the report the authors note: “Our analyses revealed that there has been a general and longstanding trend of increasing rates of charge reductions for convicted DUI offenders that began well before implementation of the 2007 legislation.” Id. at 28.

The authors, recognizing the trend toward reducing drunk driving charges, make the following recommendation. “Recommendation: Any state implementing legislation that changes penalties for DUI should investigate whether sentencing behavior (particularly charge reductions) changes in response to the legislation, to ensure fidelity of implementation.” Id. at 29. With regard to the implementation issues they make the following recommendation. “Recommendation: Any state considering requiring ignition interlock for all convicted DUI offenders should develop plans and contingencies well in advance of implementation of such a policy to ensure that citizens from rural jurisdictions, as well as from urban jurisdictions, have ready access to ignition interlock services.”

It is my hope that our legislators are looking at the costs of implementing and monitoring the law.  I hope that they take a step back and review how amazingly harsh the penalties are for first-time offenders and how many poor people are disproportionally impacted by these laws.  The vast majority of individuals charged with a first OVI do not come back into the system – this is good.  So why pass laws that will create more crime and not make the streets any safer?  I am holding out hope that Ohio will have men and women who will take the hard stance against MADD’s agenda.

For more information on ignition interlock devices check these city-specific sites at the following links: