MADD and NHTSA Push For Expanded Use of Ignition Interlock Devices

MADD and NHTSA Push For Expanded Use of Ignition Interlock Devices 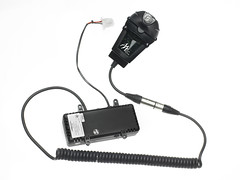 Mothers Against Drunk Driving and their government partners at the National Highway Traffic Safety Administration want 2014 to be the year that all states expand the use of ignition interlock devices to include anyone convicted of a drunk driving offense.

Studies show that ignition interlock devices are about 75 percent effective in keeping those previously convicted of drunken driving from repeating their behavior. While there are numerous different designs, the typical ignition interlock requires the driver to blow into a tube that measures breath alcohol levels. If a person fails he or she may try again, for up to three attempts before the vehicle is locked down.  Other versions may also use cameras to record a person’s behavior behind the wheel. Courts may access the data recorded and, in some jurisdictions, a motorist who blew over the limit may face additional penalties.  Ignition Interlock devices typically cost about $75 and may run $50 a month or more to maintain.

Find information on Ignition Interlock devices on this blog, or check these city-specific sites at the following links: