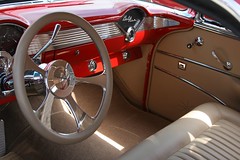 The crime of “Physical Control” involves being in physical control of a vehicle while under the influence of alcohol or a drug of abuse.  This definition means that you do not have to be driving or operating the car.  If a person is in the driver’s position of the front seat of a vehicle, or in the driver’s position of a streetcar, or trackless trolley and having possession of the vehicle’s, streetcar’s or trackless trolley’s key, or other ignition device that person is in “physical control” of the vehicle.  See Cincinnati v. Kelley, 47 Ohio St.2d 94, 351 N.E.2d 85 (1976).

every device, including a motorized bicycle, in, upon, or by which any person or property may be transported or drawn upon a highway, except that “vehicle” does not include any motorized wheelchair, any electric personal assistive mobility device, and device that is moved by power collected from overhead electric trolley wires, or that is used exclusively upon stationary rails or tracks, or any device, other than a bicycle, that is moved by human power.

Thus, one could be convicted of Physical Control of a bicycle, but not a unicycle, tricycle, wheelbarrow or shopping cart. This same quirky logic applies to Ohio’s OVI (drunk driving) statute, R.C. 4511.19.

“Operate” is defined at R.C. 4511.01(HHH) as “to cause or have caused movement.”  But, being found slumped over the wheel of a vehicle whilst the vehicle is running has been found to be operation of the vehicle, State v. Adams, 2007-Ohio-4932 (Ohio Ct. App. 3d Dist. Crawford 2007).  In State v. Mackie, 128 Ohio App.3d 167, 714 N.E.2d 405 (1st Dist. Hamilton County 1998), a defendant’s car was stuck in a snowbank and was incapable of movement.  His conviction was reversed due to insufficient evidence to show intoxication when the vehicle was operable.   The Mackie decision offers a good discussion of the intricacies that are raised by attempting to define “operation.”

Physical Control is a first degree misdemeanor in Ohio which is punishable by a maximum $1,000.00 fine, a license suspension of up to one year and a maximum jail sentence of six (6) months.  Physical Control is preferable to some commercial drivers because it may not count as a “major incident” for CDL purposes.  Unlike a reckless operation charge (O.R.C. 4511.20), Physical Control carries no “POINTS” on your Ohio license.  The court may also require the defendant to attend a 3-day weekend intervention alcohol education course.  Another major benefit of the Physical Control statute (which is also true of Reckless Operation) is that whereas prior OVI convictions trigger enhanced minimum penalties for future OVI convictions, prior physical control convictions would not trigger those enhanced penalties for future OVI convictions.