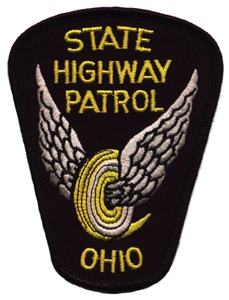 Today, the Ohio State Highway Patrol released two press releases announcing they will be out in force this holiday season.  You may have noticed the ubiquitous “Drive Sober or Get Pulled Over” commercials and increased law enforcement presence along our roadways. Through December 11, troopers have arrested 1,383 more drivers for OVI than during the same period in 2010.   Last year fatalities increased to 1,080 over a record low of 1,022 in 2009.  With the upcoming holidays, the Patrol is reminding drivers that this can be one of the most dangerous times of the year due to an increase in impaired driving. Last year in Ohio, 39 people died in alcohol-related crashes between Thanksgiving and New Year’s.

DUI attorney Charles M. Rowland II dedicates his practice to defending the accused drunk driver in Fairborn, Dayton, Springfield, Kettering, Vandalia, Xenia, Miamisburg, Springboro,Huber Heights, Oakwood, Beavercreek, Centerville and throughout Ohio.  He has the credentials and the experience to win your case and has made himself the Miami Valley’s choice for DUI defense.  Contact Charles Rowland by phone at 937-318-1DUI (937-318-1384), 937-879-9542, or toll-free at 1-888-ROWLAND (888-769-5263).  For after-hours help contact our 24/7 DUI HOTLINE at 937-776-2671.  For information about Dayton DUI sent directly to your mobile device, text DaytonDUI (one word) to 50500.  Follow DaytonDUI on Twitter @DaytonDUI or Get Twitter updates via SMS by texting DaytonDUI to40404. DaytonDUI is also available on Facebook and on the DaytonDUI channel on YouTube.  You can also email Charles Rowland at: CharlesRowland@DaytonDUI.com or write to us at 2190 Gateway Dr., Fairborn, Ohio 45324.  Charles M. Rowland II is working hard to be your trusted source for DUI information in the Miami Valley. “All I do is DUI Defense.”