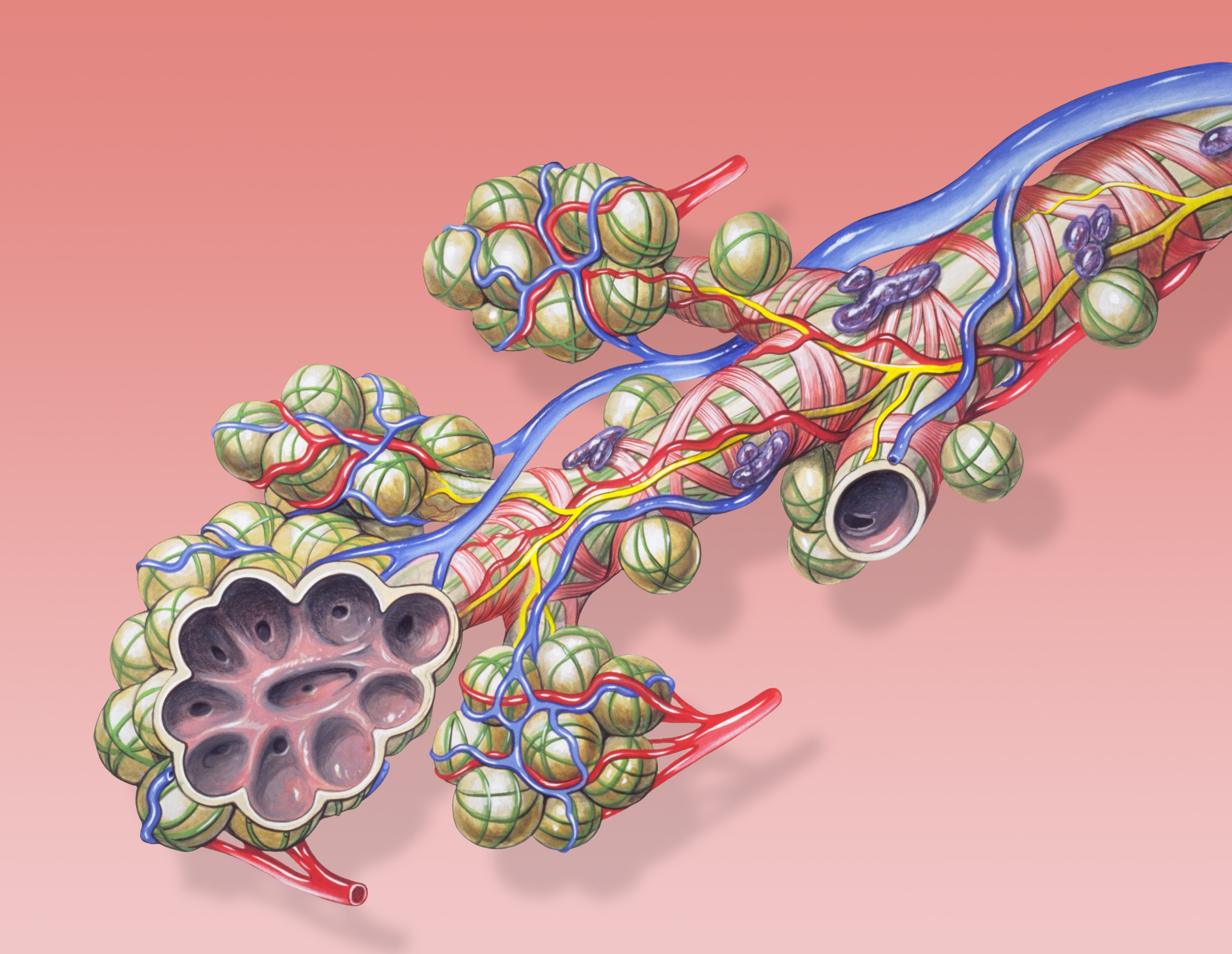 Each of our lungs contain about 300 million small air sacs called “alveoli” that are responsible for the air exchange that keeps us alive.  In the alveoli, oxygen from the inhaled air is exchanged for carbon dioxide.  Air finds its way to the alveoli via the trachea which divides into the two main stems (bronchi) of the lungs.  From there, the air passes through sub-bronchi that may subdivide over 23 times.  As the air is passing through the lungs it passes over a rich layer of mucus which warms and humidifies it.

Like the exchange of carbon dioxide, when ethanol (drinking alcohol) is present, it too is exchanged in the lungs via the alveoli.  It is an inefficient system of exchange and we know this because you can smell an odor of an alcoholic beverage if a person has recently consumed.  The amount of alcohol that leaves the blood to via alveoli exchange is critically dependent on the blood alcohol concentration and the peculiarities of the person’s lung.

Drunk driving defense attorneys have long argued that the differences between human breathing and the dynamics of alcohol exchange at the alveoli level make the comparison questionable for purposes of evidential breath testing.  This exchange and its proposed value is based on Henry’s law, a chemical law which states that the proportion of alcohol contained in an air sample is comparable to the amount of alcohol contained in the blood.  Henry W., Experiments on the Quantity of Gases Absorbed by Water at Different Temperatures and Under Different Pressures. Philos Transcripts of the Royal Society 93:29-42, 1803.

If you have ever opened a cold beer you are familiar with Henry’s Law.  As the drink is poured small gas bubbles escape into the atmosphere.  Why? It is due to the decrease in pressure caused by opening the bottle and the increased if you pour the liquid into a glass which is hotter than the refrigerated beer bottle.

We can attack the operation of Henry’s Law in the accusation of drunk driving when a person is over-heated due to an illness or physical exertion like dancing.  The higher the temperature, the higher a breath test will be according to science.  Breathing patterns can also affect the concentration of alcohol in a breath sample.  This variation is primarily caused by the difference between the ambient air temperature and that of the human body.  Since it is impossible for any breath testing device to sample the air exchange at the alveolar level, it has to assume that the air coming out is of an equivalent alcohol concentration based on Henry’s Law.  It cannot and does not take into account any differences in the individual, the individual’s lungs or the differences in temperature between the ambient air and the sample.

Read more about the breath machine’s assumptions at Halstala, M.P. Physiological Errors Associated With Alcohol Breath Testing. The Champion 10:16-39, 1985.
Much of the information in this article comes from the International Association of Forensic Toxicologists.  Specifically the Proceedings of the 27th International Meeting held in Perth, Australia on October 19-23, 1990.