OVI In The Dayton Municipal Court

OVI In The Dayton Municipal Court 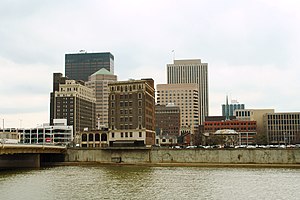 If you are arrested for OVI in the City of Dayton, your misdemeanor DUI case will be heard in the Dayton Municipal Court.

The Dayton Municipal Court is located at 301 West Third Street Dayton, Ohio 45402.  You can visit the Dayton Municipal Court’s website at:www.DaytonMunicipalCourt.org. Office hours for the Clerk of Court are 8:00 a.m. to 4:30 p.m., Monday through Friday, excluding holidays, for the acceptance of case filings and payments. Parking, Traffic and Criminal payments can also be paid online at www.PayMyFine.org.  A full list of contact numbers is available on the Court’s website and the Clerk can be reached at (937) 333-4300.

According to its 2010 Annual Report the Court “experienced an overall decrease in new case filings in Traffic, Criminal and Civil divisions. Traffic cases decreased by 15%, Criminal by 15%, Civil by 7%, and Small Claims increased by 6.5%.”  There were 24 jury trials heard in the Court and 2010 saw 526 new DUI cases brought in the Dayton Municipal Court.  Charles M. Rowland II (DaytonDUI) saw an increase in the number of Dayton Municipal Court DUI cases that he took in 2010 and that number has continued to increase through 2012.

Dayton DUI attorney Charles M. Rowland II dedicates his practice to defending the accused drunk driver.  He has the credentials and the experience to win your case and has made himself Dayton’s choice for DUI defense.  Contact Charles Rowland by phone at 937-318-1DUI (937-318-1384), 937-879-9542, or toll-free at1-888-ROWLAND (888-769-5263).  For after-hours help contact our 24/7 DUI HOTLINE at937-776-2671.  For information about Dayton DUI sent directly to your mobile device, textDaytonDUI (one word) to 50500.  Follow DaytonDUI on Twitter@DaytonDUI or Get Twitterupdates via SMS by texting DaytonDUI to 40404.  DaytonDUI is also available on Facebook,www.facebook.com/daytondui.  You can also email Charles Rowland at: CharlesRowland@CharlesRowland.com or write to us at 2190 Gateway Dr., Fairborn, Ohio 45324.