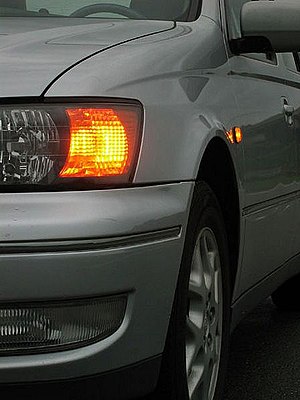 On December 29, 2011, Cory Paseka was traveling westbound on Lima-Sandusky Road in Erie County when he came to a fork in the road.  He continued straight on Lima-Sandusky Road and did not veer to the left which would have put him on Wahl Road.  An officer proceeded to stop Paseka for a violation of O.R.C. 4511.39 (failure to use a turn signal) which states,

“No person shall turn a vehicle… or move right or left upon a highway unless and until such person has exercised due care to ascertain that the movement can be made with reasonable safety nor without giving an appropriate signal in the manner hereinafter provided. When required, a signal of intention to turn or move right or left shall be given continuously during not less than the last one hundred feet traveled by the vehicle… before turning.”

He was subsequently arrested for an OVI/drunk driving offense.  The Erie County Prosecuting Attorney insisted that the point at which Wahl Road and Lima Sandusky Road meet constitutes an “intersection” and therefore a signal is required. The appellate judges did not buy that line of reasoning. “Westbound Wahl and Route 6 do not join at an angle, and further, vehicles traveling westbound on Wahl or on Route 6 do not come into conflict,” Judge Arlene Singer wrote for the Court of Appeals. “It is undisputed that appellant’s straight-ahead entrance onto Wahl Road did not require him to turn his vehicle, nor did it require him to switch into a different lane. As such, we fail to see how appellant violated R.C. 4511.39. Finding that the officer lacked reasonable suspicion to stop appellant’s vehicle, appellant’s sole assignment of error is found well-taken. The judgment of the Erie County Municipal Court is reversed.”

Because the initial traffic stop was not valid, the evidence that Paseka had been intoxicated was suppressed. A copy of the decision is available in a 30k PDF file at the source link below.