OVI & Your Brain: Who Cares About Impairment?

OVI & Your Brain: Who Cares About Impairment? 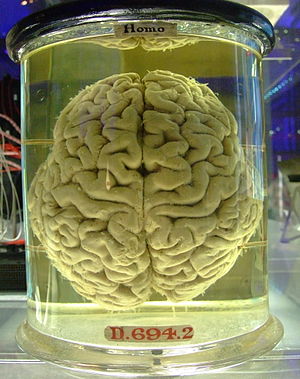 One of the faulty assumptions underlying OVI evidential breath testing is the assumption that the tests are measuring the ability of alcohol to impair your brain.  They do not.  The breath test for OVI does not care how, or even if, the alcohol is impairing your brain only that it is in your breath via your lungs via your blood.  The machines do not test venous blood but arterial blood utilizing the scientific principle of Henry’s Law.  As alcohol can be at different rates throughout your body, the machine is not measuring impairment.

During peak absorption arterial blood is higher than  venous blood.  Arterial blood travels to the lungs for normal bodily air exchange and comes into contact with the highest level of alcohol concentration thereby resulting in an overstated (disproportionately high) BAC level.  Venous blood  more accurately indicates BAC levels inside the tissues of the brain and is a better indicator of how much the alcohol is impairing your brain function.

When you start looking closely at the built-in assumptions underlying the OVI tests, you begin to see that evidential breath testing is not the whole truth and nothing but the truth.  Like any other evidence offered in the courtroom it should be vigorously cross-examined just like any other witness against you.

Ohio OVI Attorney Charles M. Rowland II dedicates his practice to defending the accused drunk driver in the Miami Valley and throughout Ohio.  He has the credentials and the experience to win your case and has made himself Dayton’s choice for drunk driving defense. Contact Charles Rowland by phone at (937) 318-1384 or toll-free at 1-888-ROWLAND (888-769-5263). If you need assistance after hours, call the 24/7 DUI Hotline at (937) 776-2671.  You can have DaytonDUI at your fingertips by downloading the DaytonDUI Android App or have DaytonDUI sent directly to your mobile device by texting DaytonDUI (one word) to 50500.  Follow DaytonDUI on Facebook, @DaytonDUI on Twitter, YouTube, Tumblr, Pheed and Pintrest or get RSS of the Ohio DUI blog.  You can emailCharlesRowland@DaytonDUI.com or visit his office at 2190 Gateway Dr., Fairborn, Ohio 45324.  “All I do is DUI defense.”