Prior Convictions Used To Enhance An OVI

Prior Convictions Used To Enhance An OVI 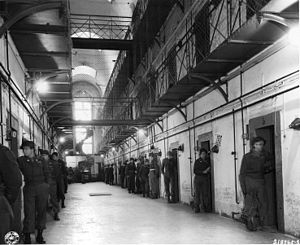 It is not uncommon for a client to choose my representation on a second, third, or fourth OVI offense.  One of the first things we check is whether or not the client was represented by an attorney in the previous convictions.  We also check to see if the prior plea had a valid waiver of counsel.  Both of these issues were addressed by the Ohio Supreme Court in State v. Brooke, 113 Ohio St. 3d 199, 2007-Ohio-1533, 863 N.E. 2d 1024 (2007), wherein the Court stated:

The case law following State v. Brooke has led to many cases which result in client’s not having a subsequent OVI enhanced.  This area of law is fact dependent and your attorney should make a thorough review of the law in your court and appellate district when pursuing this line of collateral attack.  The Ohio Supreme Court has set forth precedent that it is the defendant’s responsibility and burden to make a prima facie showing of a defect in the prior plea.  Upon this prima facie showing, the burden shifts to the state to rebut the evidence by showing that the plea did, in fact, contain a valid waiver of counsel.  See State v. Thompson, 2007-Ohio-6098 (Ohio Ct. App. 5th Dist. Fairfield County 2007).

In 2007, the Ohio Legislature passed 2007 Am. Sub. S.B. 17 which added 2945.75(B)(3).  The purpose of this law was to overrule the law set forth in State v. Brooke which required the defendant to raise a prima facie showing and instead, place on the defendant the burden of proving by a preponderance of the evidence that the prior plea was infirm.  As Judge Weiler points out in Ohio Driving Under The Influence Law, 2011-2012 ed., pp. 402, “It will undoubtedly be challenged in the future as a violation of procedural due process. But, it will be some time before the matter reaches the appellate level and even longer before it is reviewed by the Ohio Supreme Court.”

Dayton DUI attorney Charles M. Rowland II dedicates his practice to defending the accused drunk driver in Fairborn, Springfield, Kettering, Vandalia, Xenia, Miamisburg, Huber Heights, Beavercreek, Centerville, Springboro, Franklin and throughout Ohio.  He has the credentials and the experience to win your case and has made himself the Miami Valley’s choice for DUI defense.  Contact Charles Rowland by phone at 937-318-1DUI (937-318-1384), 937-879-9542, or toll-free at 1-888-ROWLAND (888-769-5263).  For after-hours help contact our 24/7 DUI HOTLINE at 937-776-2671.  For information about Dayton DUI sent directly to your mobile device, text DaytonDUI (one word) to 50500.  Follow DaytonDUI on Twitter @DaytonDUI or Get Twitterupdates via SMS by texting DaytonDUI to 40404. DaytonDUI is also available on Facebook,www.facebook.com/daytondui and on the DaytonDUI channel on YouTube.  You can also email Charles Rowland at: CharlesRowland@DaytonDUI.com or write to us at 2190 Gateway Dr., Fairborn, Ohio 45324.