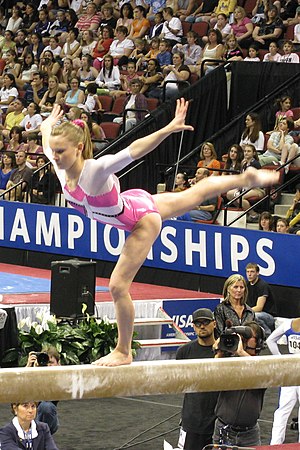 The Standardized Field Sobriety Tests (SFST) are a battery of three tests administered and evaluated in a standardized manner to obtain validated indicators of impairment and establish probable cause for arrest. These tests were developed as a result of research sponsored by the National Highway Traffic Safety Administration (NHTSA) and conducted by the Southern California Research Institute. A formal program of training was developed and is available through NHTSA to help law enforcement officers become more skillful at detecting DWI suspects, describing the behavior of these suspects, and presenting effective testimony in court. Formal administration and accreditation of the program is provided through the International Association of Chiefs of Police (IACP). The three tests of the SFST are:

These tests are administered systematically and are evaluated according to measured responses of the suspect.  Ohio Revised Code 4511.19(D)(4)(b) sets forth the standards for admissibility of the results of field sobriety tests in OVI (drunk driving) prosecutions.  See State v. Bozcar, 113 Ohio St. 3d 148, 2007-Ohio-1251, 863 N.E.2d 115 (2007).  In order for the tests to be admissible, the State must demonstrate:

The only guidance provided for determining the meaning of “substantial compliance” has come from State v. Burnside, 100 Ohio St. 3d 152, 2003-Ohio-5372 (2003), wherein the court indicated that errors that are clearly “de minimus” or “minor procedural deviations” are not substantial.  Thus, the State must set forth the testing standards, offer some testimony that the testing standards have been accepted and that the officer has substantially complied.  If the State fails to introduce testimonial or documentary evidence of the standards (most likely via the NHTSA training manual), then they have not met this burden. See Village of Gates Mills v. Mace, 2005-Ohio-2191 (Ohio Ct. App. 8th Dist., Cuyahoga County), wherein the State did not meet this burden despite the Court having its own copy of the manual.

The validity of SFST results is dependent upon practitioners following the established, standardized procedures for test administration and scoring. NHTSA’s SFST Student Manualstates that the procedures demonstrated in the training program describe how SFSTs should be administered under ideal conditions, but that ideal conditions do not always exist in the field. Variations from ideal conditions, and deviations from the standardized procedures, might affect the evidentiary weight that should be given to test results.  Perhaps the most important statement about standardization can be found at VIII-19 which states:

IT IS NECESSARY TO EMPHASIZE THIS VALIDATION APPLIES ONLY WHEN:

IF ANY ONE OF THE STANDARDIZED FIELD SOBRIETY TEST ELEMENTS IS CHANGED THE VALIDITY IS COMPROMISED.

I have not added capitalization or bold to emphasize the importance of this warning.  The manual itself uses these indicia of importance at VIII-19.  Use this portion of the manual in conjunction with the State’s burden of proof (The State must demonstrate substantial compliance with the NHTSA manual by clear and convincing evidence) and you have some compelling arguments to make to the trier of fact.

In the One-Leg Stand test, the suspect is instructed to stand with one foot approximately six inches off the ground and count aloud by thousands (One thousand-one, one thousand-two, etc.) until told to put the foot down. The officer times the subject for 30 seconds. The officer looks for four indicators of impairment, including swaying while balancing, using arms to balance, hopping to maintain balance, and putting the foot down. NHTSA research indicates that 83 percent of individuals who exhibit two or more such indicators in the performance of the test will have a BAC of 0.08 of greater (Stuster and Burns, 1998).  As stated above, the validity One-Leg Stand results are dependent upon law enforcement officers following the established, standardized procedures for test administration and scoring.  The criteria to establish a proper One-Leg Stand test are set forth in the NHTSA manaual as follows:

Information obtained from www.nhtsa.gov and is considered public information provided at www.ohiopd.com

SO WHAT’S THE PROBLEM?

The One-leg stand test requires your body to something unnatural; maintain a rigid body structure while precariously balanced.   The most natural reaction to being on one foot is to sway to find your center of gravity while lifting your arms like a tightrope walker.   Why do humans do this?  This technique provides several advantages. It distributes mass away from the pivot point and moves the center of mass out. This reduces angular velocity because her center of mass is now swinging through a longer arc. It takes longer to sweep out the same angle because the center of mass has a longer distance to go. The result is less tipping.  Millions of years of evolution have designed complex vestibular systems and wired our brains to act this way.  Unfortunately, swaying and holding your arms out will be counted as indicators of impairment according to the government.  As any skipping child will tell you, hopping is an instinctive way to quickly correct the body when attempting to locate the center of gravity. Again law enforcement uses natrual and  instinctive behavior to allege intoxication.  As documented in other articles on this blog, overweight people, older people, arthritic people and the simply uncoordinated may have trouble immediately finding and maintaining balance under ideal and fair conditions.  However law enforcement will unfairly count putting a foot down as an indicator of impairment.  It is up to your attorney to make a compelling defense against the use of this biased and unfair test to demonstrate that you were impaired.

Not only does the one-leg stand test require y0u to behave in an unnatural way, understanding its defects requires a jury to act in a unnatural way.  For example, if you see me trip over a crack in the sidewalk, you would consider me to be clumsy or uncoordinated.  If, however, you trip over a crack in the sidewalk you are much more likely to blame the crack.  The same is true for most people. This discrepancy is called the actor–observer bias.  In social psychology, thefundamental attribution error (also known as correspondence bias or attribution effect) describes the tendency to over-value dispositional or personality-based explanations for the observed behaviors of others while under-valuing situational explanations for those behaviors. The fundamental attribution error is most visible when people explain the behavior of others. It does not explain interpretations of one’s own behavior—where situational factors are often taken into consideration.  This bias can be devastating in a DUI trial when jurors are asked to consider your performance on field sobriety tests.  They will view the actions with a “bias” that they do not know they have.  Furthermore, they use this error to exclude factors of vital importance to both the scientific validity of the tests and your factual innocence.  For instance, jurors may under-value situational factors such as anxiety, lack of sleep, inherent lack of coordination, passing cars, environmental factors etc.  When we look at some of the underlying assumptions of the fundamental attribution error, we see some scary stuff that we, as advocates, must point out and overcome.

DUI attorney Charles M. Rowland II dedicates his practice to defending the accused drunk driver in Fairborn, Dayton, Springfield, Kettering, Vandalia, Xenia, Miamisburg, Springboro,Huber Heights, Oakwood, Beavercreek, Centerville and throughout Ohio.  He has the credentials and the experience to win your case and has made himself the Miami Valley’s choice for DUI defense.  Contact Charles Rowland by phone at 937-318-1DUI (937-318-1384), 937-879-9542, or toll-free at 1-888-ROWLAND (888-769-5263).  For after-hours help contact our 24/7 DUI HOTLINE at 937-776-2671.  For information about Dayton DUI sent directly to your mobile device, text DaytonDUI (one word) to 50500.  Follow DaytonDUI on Twitter @DaytonDUI or Get Twitter updates via SMS by texting DaytonDUI to40404. DaytonDUI is also available on Facebook and on the DaytonDUI channel on YouTube.  You can also email Charles Rowland at: CharlesRowland@DaytonDUI.com or write to us at 2190 Gateway Dr., Fairborn, Ohio 45324. “All I do is DUI”