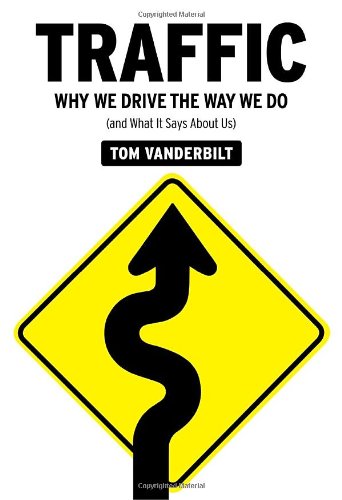 The Reason to Get Rid of OVI Checkpoints & Cameras?  Glad You Asked.

In his book Why People Obey The Law, legal scholar Tom Tyler argues that compliance with the law has less to do with deterrence (fear of penalty) than with the rational decision that complying with the law is in a person’s self-interest.  More important to their compliance is the decision that following the law is the right thing to do.  Having the biggest impact on their perception of the law is the belief in the legitimacy of the authority.  “People who go to traffic court are less concerned with the outcome – even when it is a costly ticket or fine – than with the fairness of the process.” Vanderbilt, Tom. Traffic: why we drive the way we do (and what it says about us), 2008, pp 235.  Thus the societal norm that driving within the speed limit and driving without being impaired, is an agreed upon social construct and is enforced best by our agreement that violating these laws is dangerous and deserving of punishment.

We can conclude from the evidence above that when there is less respect for the law and/or the process is deemed to be unfair the most important factor in compliance is compromised.  Less effective governance means the law are less effective, which means that people are less likely to follow them.  How do we know this?  The answer lies in whether or not the enforcement of the law is perceived as corrupt.  According to indices compiled by the anti corruption watchdog Transparency International, the higher a country (or law) ranks on the corruption index the less interested in following the law.  “Lode Vereeck, a Belgian economist at Hasselt University, has noted that in survey after survey of people’s attitudes toward traffic regulations, Belgians seem resistant; they’re more hostile than their neighbors to things like seat belt laws, lower speed limits, and drunk-driving laws” (thus more likely to drink before driving). Vanderbilt, Id.  Compared to the Netherlands (Belgiums nearest neighbor and best basis of comparison) the Belgians see their laws as more corrupt, leading to less adherence to the law and more traffic fatalities.  The nations that rank as the least corrupt – such countries as Finland, Norway, New Zealand, Sweden and Singapore – are the safest places in the world to drive.  The lesson we draw from the research is that wealth and enforcement affect traffic fatalities less than real or perceived corruption.

The premise of my argument herein is that OVI checkpoint and speed/red-light cameras are perceived as corrupt by the vast majority of citizens.  Our reliance on speed cameras and the attendant unfairness of the enforcement lessens the citizens adherence to the law.  The perceived unfairness of a sobriety checkpoint lessens and diminishes the drunk driving law.  The research suggests that following the law because it is fair and the right thing to do are more important than checkpoints and cameras.  Which raises the question to law enforcement and to the political elite.  If fairness is diminished at the cost of lives, are you doing a disservice by continuing the “corrupt” practices.  At some level you are making the decision between money for your department/city over the potential loss of life due to possible disrespect for the law.  I would argue (anecdotally) that respect for all law enforcement is diminished when they are perceived to be sanctioning unfair enforcement.  The courts are lowered in esteem when they are seen as unfair or “rigged” against the average citizen.

The reason that I put forth this argument is because I have spent my life dedicated to our system of justice.  I believe in our courts and in (the overwhelming majority of)  law enforcement officials.  I cannot go by silently and see the things I gave my life to broken.  I do not want our children to grow up in a world where the rule of law is scoffed at as a naive concept.  If my children (or yours) go into law enforcement I do not want their lives put in danger because they are seen as “other” rather than the agents of service and protection.  This issues goes to the very core of what we are and what we want our communities to be.  We can and should do better because “we are all in this together.”