What is Probable Cause in an Ohio DUI Case?

What is Probable Cause in an Ohio DUI Case? 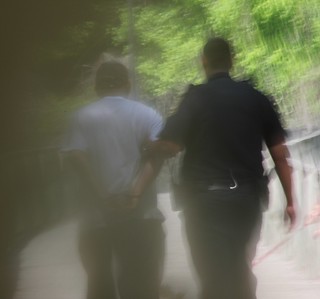 To be arrested for drunk driving in Ohio, all that is needed is an law enforcement officer’s determination that “probable cause” exists to believe that you are driving while impaired.  A determination of probable cause need only be supported by the officer’s observations of indicia of alcohol consumption and operation of a motor vehicle.  In determining whether or not probable cause for the arrest exists a court will look at facts such as:

The experience and credibility of the arresting officer also serves as information that a court will use to make its probable cause decision. See State v. Evans (11th Dist 1998), 127 Ohio App.3d 56.  The Court will also rely upon the officer’s interpretation of your performance on the Standardized Field Sobriety Tests given at roadside.  The National Highway Traffic and Safety Administration (NHTSA) has determined that three tests are specific for alcohol intoxication: the HGN (horizontal gaze nystagmus), the walk & turn test and the one leg stand test. This three-test battery are now referred to as the “standardized field sobriety tests.”

“In determining whether the police had probable cause to arrest and individual for DUI, we consider whether, at the moment of arrest, the police had sufficient information, derived from a reasonably trustworthy source of facts and circumstances, sufficient to cause a prudent person to believe that the suspect was driving under the influence.  In making this determination, we will examine the “totality” of facts and circumstances surrounding the arrest.”

If the totality of the facts and circumstances do not establish probable cause, then no arrest should have taken place.  If the arrest was not proper, any resulting chemical test becomes irrelevant.  It is important that you fight the probable cause determination with an experienced Ohio DUI attorney.

Ohio DUI Attorney Charles M. Rowland II dedicates his practice to defending the accused drunk driver in the Miami Valley and throughout Ohio.  He has the credentials and the experience to win your case and has made himself Dayton’s choice for drunk driving defense. Contact Charles Rowland by phone at (937) 318-1384 or toll-free at 1-888-ROWLAND (888-769-5263). If you need assistance after hours, call the 24/7 DUI Hotline at (937) 776-2671.  You can have DaytonDUI at your fingertips by downloading the DaytonDUI Android App or have DaytonDUI sent directly to your mobile device by texting DaytonDUI (one word) to 50500.  Follow DaytonDUI on Facebook, @DaytonDUI on Twitter, YouTube, Tumblr, Pheed and Pintrest or get RSS of the Ohio DUI blog.  You can emailCharlesRowland@DaytonDUI.com or visit his office at 2190 Gateway Dr., Fairborn, Ohio 45324.  “All I do is DUI defense.”

Find information on probable cause and other city-specific info at the following links: