What do I do if I have a Wright-Patterson Air Force Base DUI (drunk driving) arrest? 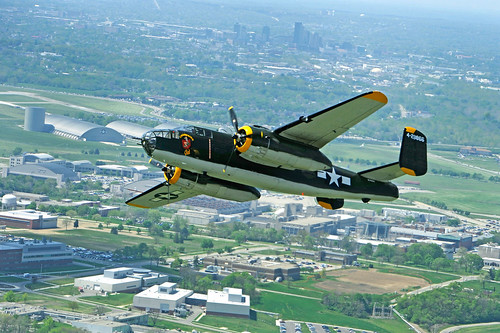 My practice is proud to serve the military community in and around Wright-Patterson A.F.B..  One of the recurring questions we get from military personnel is whether or not a federal or out-of-state DUI can be used to enhance a DUI they get here in Ohio.  At one time they did not.  Now, however, the offenses received in another state or on federal property do count. See Ohio Revised Code 4511.181(A).  DUI defense attorneys challenged the ex post facto application of R.C. 4511.181(A) but the courts have held that since it serves only as an enhancement it meets constitutional standards. State v. Morrison, 2003-Ohio-3244 (Ohio Ct. App. 8th Dist. Cuyahoga County 2003).

We have a former J.A.G. officer on staff to help with military DUI/OVI cases.  Located conveniently near Wright Patterson Air Force Base, Charles M. Rowland II has successfully represented active-duty military, contractors, and civilian employees since 1995.  He knows how to deal with issues of deployment, security clearances, loss of rank, loss of on-base driving privileges and issues related to out-of-state licenses.  If you find yourself arrested for OVI in or near Wright-Patterson Air Force Base and you will be required to appear in the United State Federal Court or the Fairborn Municipal Courtcontact Charles Rowland today.

Attorney Charles M. Rowland II dedicates his practice to defending the accused drunk driver in the Miami Valley and throughout Ohio.  He has the credentials and the experience to win your case and has made himself Dayton’s choice for drunk driving defense. Contact Charles Rowland by phone at (937) 318-1384 or toll-free at 1-888-ROWLAND (888-769-5263). If you need assistance after hours, call the 24/7 DUI Hotline at (937) 776-2671.  You can have DaytonDUI at your fingertips by downloading the DaytonDUI Android App or have DaytonDUI sent directly to your mobile device by texting DaytonDUI (one word) to 50500.  Follow DaytonDUI on Facebook, @DaytonDUI on Twitter, YouTube, Tumblr, Pheed and Pintrest or get RSS of the Ohio DUI blog.

Email CharlesRowland@DaytonDUI.com or visit his office at 2190 Gateway Dr., Fairborn, Ohio 45324.  “All I do is DUI defense.”

For more information on Wright-Patterson Air Force Base DUI or  city-specific sites at the following links: