You Have The Right To Remain Silent

You Have The Right To Remain Silent 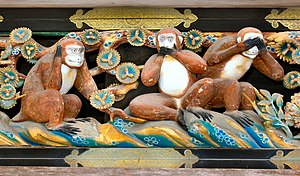 We frequently encounter jurisdictions that conduct “interviews” with a suspect following an arrest.  These interviews are carefully crafted checklists that gather incriminating statements related to the elements of the crime and further attempt to limit mitigating factors which your attorney may later wish to assert.  The questions typically seek to establish that the suspect was “operating” the vehicle.  Officers will also ask what the person had to eat and drink, when, where and how much.  Medical issues, mental issues, eye health, and other questions seek to limit the suspect’s ability to later assert a defense to the clues of impairment noted by the officer.  Some interviews end with the ultimate question of the suspect’s sobriety, asking, “Do you feel you were impaired by alcohol” or similar questions that go to the ultimate issue in the case.  What is amazing is the number of people who willingly cooperate and answer damning questions.  Doubly amazing is that every single “interview” we have ever seen begins by telling the suspect of their right to remain silent.  Please, please, please assert your right to remain silent!