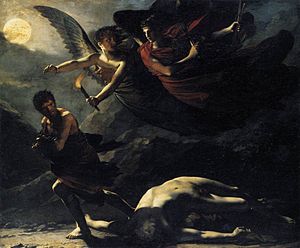 As with other criminal offenses, a conviction could lead to additional consequences.  You may have to explain the conviction to potential employers or licensing boards.  Worse yet, you may have a conviction for disorderly conduct brought up in contested custody proceedings involving a vindictive spouse.  Whatever the circumstances, criminal charges can be an overwhelming and frightening experience. You are justifiably concerned about your freedoms and privileges being at stake and have a lot of questions. We can help.  Former prosecutor Charles M. Rowland II has been representing the accused since 1995.  He has the experience and the credentials to win your case.  Call Charles Rowland today at (937) 318-1384 or 1-888-769-5263 (888-ROWLAND).

Disorderly Conduct lawyer Charles M. Rowland II dedicates his practice to defending the accused drugged driver in the Miami Valley and throughout Ohio.  He has the credentials and the experience to win your case and has made himself Dayton’s choice for criminal defense. Contact Charles Rowland by phone at (937) 318-1384 or toll-free at 1-888-ROWLAND (888-769-5263). If you need assistance after hours, call the 24/7 DUI Hotline at (937) 776-2671.  You can have DaytonDUI at your fingertips by downloading the DaytonDUI Android App or have DaytonDUI sent directly to your mobile device by texting DaytonDUI (one word) to 50500.  Follow DaytonDUI on Facebook, @DaytonDUI on Twitter, YouTube, Tumblr, Pheed and Pintrest or get RSS of the Ohio DUI blog.  You can emailCharlesRowland@DaytonDUI.com or visit his office at 2190 Gateway Dr., Fairborn, Ohio 45324.  “All I do is DUI defense.”